How To Unlock Straight Talk Phone In Seconds? In today’s digital age, unlocking a cell phone has become a simple process. Users have a variety of options, such as using unlocking codes, and they can also get help from the FCC. The FCC recently implemented policies that simplify how service providers unlock users’ phones.

If you have a debt with your current service provider, such as Straight Talk wireless, the process to unlock it may not necessitate paying off the debt all at once and incurring early termination fees. This article will explain how to unlock a Straight Talk Wireless phone.

Straight Talk has a simple and well-structured guide to unlocking a phone, which we will simplify. Having an unlocked phone allows you to easily switch service providers, among other advantages.

That is not the case — Straight Talk has at least one requirement that you must meet before you can unlock your phone:

As you can see, there aren’t many requirements, but they’re still quite stringent. Once you’ve met the prerequisite, you can call Straight Talk and request an unlock code, which they will either text you or email to you.

WHICH PHONES ARE COMPATIBLE WITH STRAIGHT TALK?

Straight Talk wireless is compatible with a wide range of phones. Straight Talk is a provider of mobile virtual networks. It operates by leasing rights from standard service providers and distributing network services to existing Straight Talk customers.

Straight Talk currently employs a novel business model in which it leases network services from all of the major service providers in the United States. Verizon Wireless, AT&T, and T-Mobile are the top three. Leasing it from any of these service providers has numerous advantages, including:

All of the service providers cover a variety of strategic locations. Straight Talk will connect your device to the network based on which service provider provides adequate network coverage in your area.

This ensures that all customers have adequate network coverage in their area. Their model of aggregating network services from multiple service providers boosts their credibility in comparison to other mobile virtual network operators.

2. A Vast Array Of Phone Compatibility

Aside from adequate network coverage, users also benefit from a diverse range of phone compatibility. The majority of cell phone service providers use GSM network technology, while only a few use CDMA network technology.

HOW TO CHECK PHONE COMPATIBILITY ON STRAIGHT TALK?

For users who intend to do it online, we must first obtain the IMEI number. The IMEI number can be obtained by dialing *#06#, which will result in a screen prompt displaying the number. Make a note of it and enter the number on Straight Talk’s website.

After that, depending on your Internet speed, wait a few minutes or seconds for a prompt with information on whether your device is compatible or not. If you have a straight talk compatible phone, you can get a straight talk phone plan.

If your device is incompatible, it may use a network technology other than GSM or CDMA. This device is also unlikely to be compatible with other networks in the United States, as CDMA and GSM are the FCC-approved standard networks.

Straight Talk or vendors authorized by the manufacturer of a device of your choice are recommended for purchasing a new phone or obtaining financing for a new device. If you don’t have enough money to buy a phone, the Straight Talk Emergency Broadband benefit program is a great option.

HOW TO UNLOCK A STRAIGHT TALK PHONE?

There are two primary methods for unlocking a Straight Talk phone. However, the user must determine whether or not the phone is unlocked. The simplest way to tell if a Straight Talk phone is locked is to look at the back of the device; if you see a street dog logo, it is most likely locked.

Another option is to insert a new SIM card from a different service provider; however, if you are prompted to enter a network password, the device is most likely locked.

A phone that has been unlocked will only work with the person who locked it. The following are the two best ways to unlock a Straight Talk phone:

It is strongly advised to obtain an unlocking code from an authorized or well-known merchant. The unlocking code should work with your device. When choosing a code, make sure it corresponds to your specific device. If it does not match, it is very likely that it will not work with your phone.

After they look good, the next step is to keep them in the network password section. This process will instantly unlock the phone and allow you to use other SIM cards. Most people use unlocking codes if they are unable to pay the phone’s full price on time.

Users can contact Straight Talk Wireless and request that the device be unlocked. However, the process is considered lengthy when compared to simply purchasing and unlocking the code.

Despite the fact that it is considered lengthy, it is also a legal process that will not result in any legal issues or being delisted by Straight Talk Wireless. The new FCC policies do not require you to pay the full price of the phone in order for the service provider to unlock it.

All that is required is for the user to request that the service provider unlock the phone for them. When asked, you may be required to fill out a simple form before the unlocking process can begin. If there are no stumbling blocks, unlocking will be completed quickly.

Straight talk phone deals for existing customers have been seen to offer unlocked phones, making it easier for users to switch service providers without having to deal with the hassle of unlocking a phone. If you did not purchase the device from Straight Talk Wireless and instead purchased it secondhand from any dealer, the process may take longer.

CAN I PORT MY PHONE NUMBER FROM STRAIGHT TALK WIRELESS?

Your new service provider may ask for your Social Security number, address, name, and any other pertinent information.

The process of adding a phone number takes two to five business days, and once completed, your phone number will not be active on Straight Talk Wireless. At this point, you can activate a cell phone plan with your new service provider and use your old number to the end.

Straight Talk wireless phone unlocking is a simple process. The entire procedure can be completed online.

You can unlock the device in two ways: by entering unlock codes or by contacting Straight Talk wireless and requesting that they unlock the device for you. After you’ve unlocked your phone, you’ll be able to switch to any service provider you want.

Can you unlock a Straight Talk phone?

Straight Talk’s unlock policy can be found here. Unlocking is only possible on GSM phones that use SIM cards. Other phone types, such as CDMA units, cannot generally be used with other carriers.

What exactly is the Straight Talk network unlock code?

Once there, select Lock/Unlock Phone for instructions on how to unlock your phone, then click the “Settings” tutorial. NOTE: The default security code for most phones is 0000, or the last four digits of your Straight Talk phone number.

A factory reset on an unlocked phone will not remove the phone’s previous carrier lock. In other words, once a cellphone is unlocked, it remains unlocked for the duration of its life. That is, unless you willingly reinstate your device’s former carrier lock. Many mobile devices, including advanced smartphones, are now surprisingly affordable, and many retailers and carriers allow you to purchase a brand-new smartphone for less than $100, if not less than $50. Smartphone manufacturers, on the other hand, work all year to provide customers with better devices that have more durable designs, faster performance, and incredible… 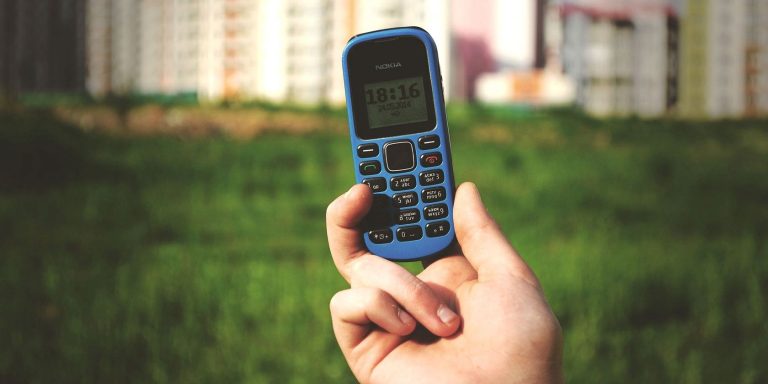 What Are The Best Refurbished Straight Talk Phones To Buy? Phones have become quite expensive in recent years, especially if you’re looking for a new device. Most flagship phones have a starting price of at least $1000, which is quite expensive for average Americans. If you need a phone but cannot afford it, a refurbished…